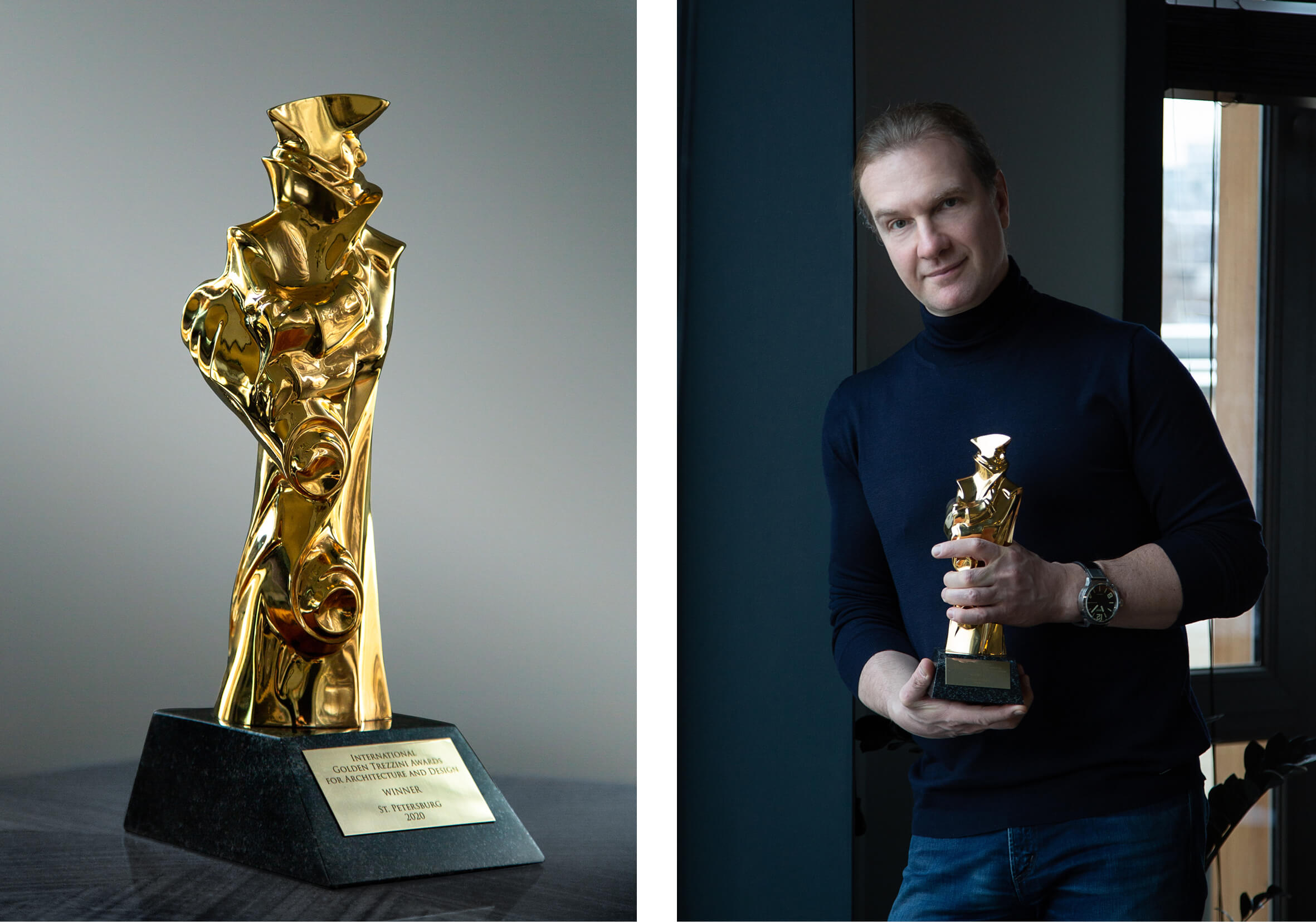 The project of an apartment by architect Oleg Klodt won in the nomination «The best implemented apartment / private house interior design project» of the International Awards «Golden Trezzini-2020».

On December the 1’st, the awarding ceremony of the third Golden Trezzini awards took place in St. Petersburg, Russia. The Oleg Klodt Architectural Bureau got a golden statuette of Domenico Trezzini.

The Golden Trezzini awards was established in 2018. Golden Trezzini is awarded to the authors of the most artistically valuable projects in the field of architecture, design, restoration and museum affairs. The Honorary Chairman of the International Council of the Awards is Mikhail Piotrovsky, the director of the State Hermitage.

We are honoured, big thank you to the jury panel and Organising Committee for the high appreciation of our work!

READY TO BE WOWED? HIGHLIGHTS FROM WOW!HOUSE DCCH